Who is Xakoda? What do we know about the new support Virtus.pro

The first season of Dota Pro Circuit 2021/2022 has not yet ended, and a new period of reshuffles has already started in the CIS: first, Sergey Shisui Root lost his place in Team Empire, and after him Ilyas Illias Ganeev from Virtus.pro . To replace him, the Russian club took a player whose nickname will hardly seem familiar to most Dota 2 fans – Egor Xakoda Lipartia. In this article, we will tell you a little more about the newcomer VP.

Xakoda is a fifth-position support, who, according to him, has been striving to get on the professional stage since 2021. If you rewind his page in VKontakte before this period, you can find the promise that the esports player made to himself for 2019:

The esports player successfully coped with the task – by September. And already in 2021, Xakoda scored 10 thousand MMR. Mider Evil Geniuses Abed Azel Abed Yusop, who was the first in the world to reach this mark, was ahead of Lipartia by a year and a half, and now the number has long ceased to seem so magical. After all, Nyengnara 23savage Tiramahanon and Ilya Yatoro Mulyachuk have already submitted 12 thousand rating points. However, a novice VP still has something to be proud of — after all, the list of those who climbed so high exclusively on support is much shorter. In this top, Xakoda is adjacent to such respected esports players as Tommy Taiga Le, Akbar SoNNeikO Butaev and Elvis Scofield Pena. 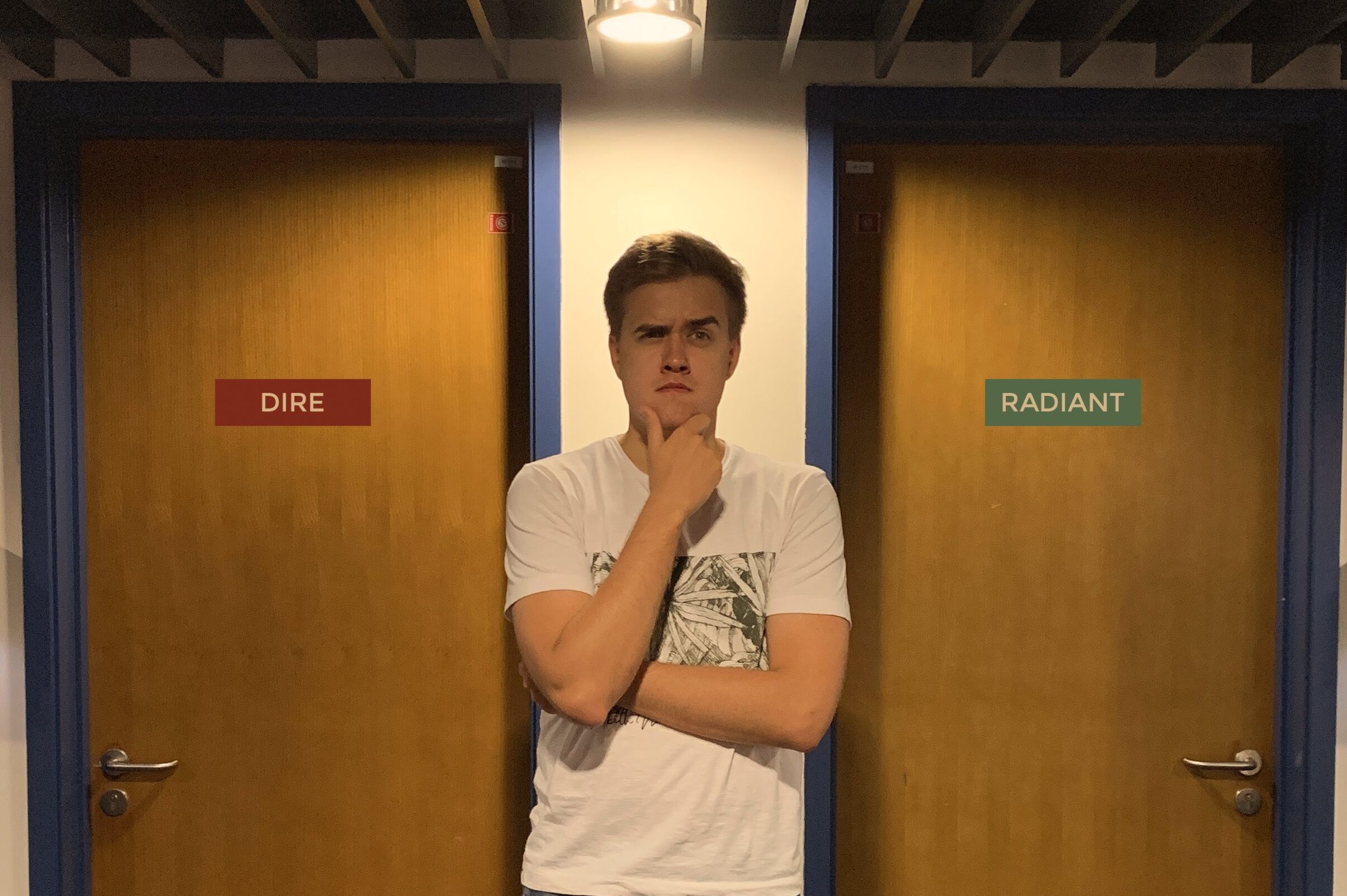 Over the years spent in Dota 2, Lipartia has played more than 12 thousand hours on the main account, but he cannot boast of much experience in team performances — over the years he has managed to play in Team Family, M5 Academy, DisRespecT mix and … Yellow Submarine! Under this already legendary tag, from under which the Team Spirit team, which became the TI10 champion, came out, Xakoda began to play in 2021. The results are not impressive yet: in the qualifiers for D2CL 2021 S5, the roster lost to NoMarci in open qualifying, and at Gamestars L’oreal Men Expert S2 could not enter the top four. However, the same Yellow Submarine was also not built immediately! And Xakoda was recently invited to stand in PuckChamp — given the results of this young team in DPC 2021/2022, this is a success (albeit short-term — just for one match)!

Apparently, Xakoda is very interested in playing with Danil gpK~ Skutin and other VP participants. According to the support, famous teams called him to them on a permanent basis before, but until that moment he rejected all offers because the compositions of these clubs were not interesting to him.

In autumn, Xakoda was included in the list of the most promising newcomers in the CIS according to Team Spirit manager Dmitry Korb3n Belov, where Maxim re1bl Afanasyev, Kamil aggressive child Biktimirov, Nikita Pantomem Balaganin and Gleb depressed kid Zyryanov also landed. Korb3n is not only a well-deserved insider and a master of disputes with the head of Epic Esports Events Mark Averbuch, but also one of the best scouts of the competitive scene. It was with his participation that the Team Spirit championship roster was assembled. Therefore, the high assessment of such a specialist clearly colors Xakoda! On the player’s page, Korb3n gave him an even more inventive compliment:

Xakoda is not the only esports player in the family. His brother Vladislav is also fond of competitive games. However, he is no longer a MOBA at all — he is known in the PUBG community as TheWanderer, who played for M19 and PG18, and represented UNITY until October 2021. After a series of failures, the roster has been banned, but it is possible that the successes of the younger brother will now motivate the Liparty-the elder one to take up his career more closely. 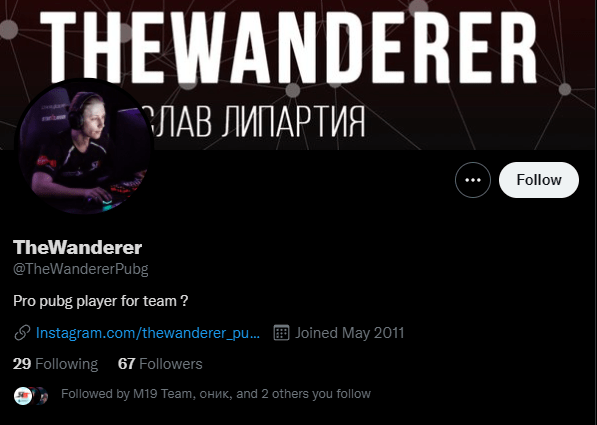 In autumn, Xakoda was included in the list of the most promising newcomers in the CIS according to Team Spirit manager Dmitry Korb3n Belov, where Maxim re1bl Afanasyev, Kamil aggressive child Biktimirov, Nikita Pantomem Balaganin and Gleb depressed kid Zyryanov also landed. Korb3n is not only a well-deserved insider and a master of disputes with the head of Epic Esports Events Mark Averbuch, but also one of the best scouts of the competitive scene. It was with his participation that the Team Spirit championship roster was assembled. Therefore, the high assessment of such a specialist clearly colors Xakoda! On the player’s page, Korb3n gave him an even more inventive compliment:

In terms of the pool of heroes, Xakoda follows clearly in the footsteps of the captain of the “golden” VP Alexey Solo Berezin and chooses Disruptor in any incomprehensible situation. Lipartia has played almost 700 matches on this character. However, the rider from Static Field didn’t break away from his pursuers so far: Bane (640 games), Grimstroke (548) and Oracle (529) are also included in the active beginner pool Virtus.pro .

Recently, the player has been actively spamming Hoodwink, but his relationship with Crystal Maiden clearly did not work out, although he had an excellent win rate for 69 matches — 60%. The last time Xakoda took CM was on January 1, 2021 – possibly as part of a stormy New Year celebration. Another successful hero of Lipartia has already been mentioned above — support won 58% out of 640 games on it. 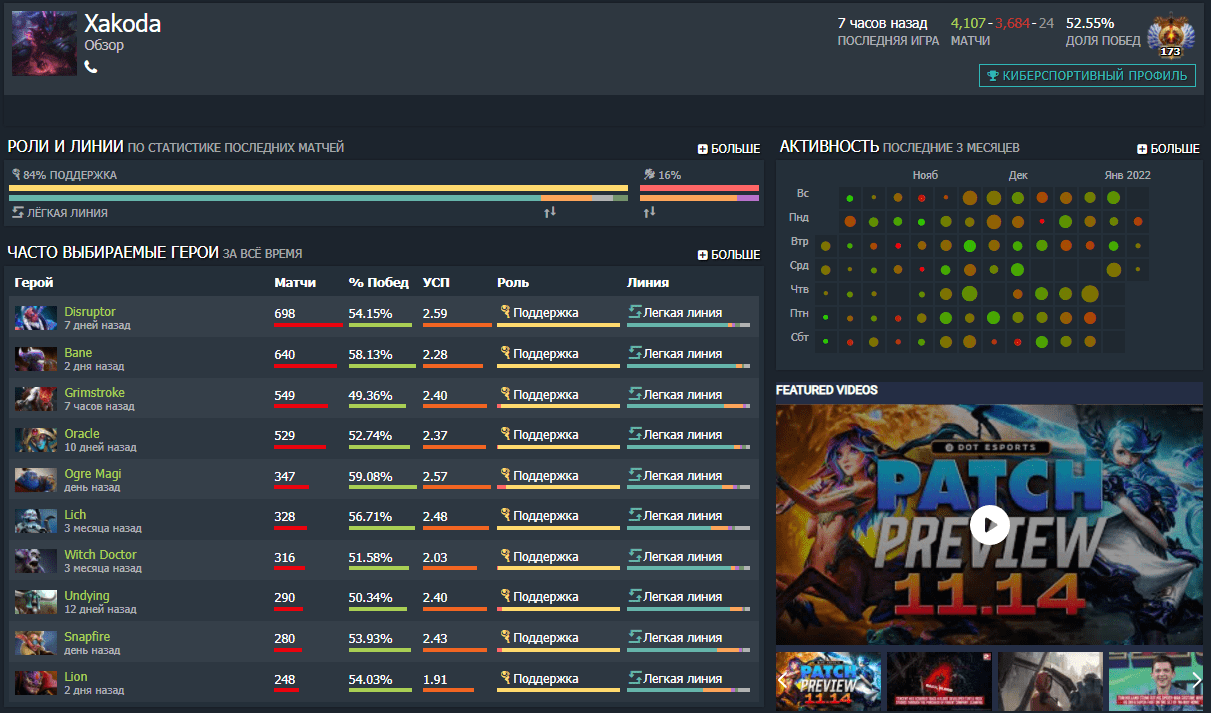 With the management of social networks, Xakoda’s affairs frankly did not go well: his channel on Twitch has 861 followers — not bad for a beginner. But the last announcement about the beginning of the stream was published six months ago, in August 2021. This was done in a group in VKontakte, to which only 90 fans subscribed. But among them there are already celebrities of the Dota 2 scene in the CIS – PuckChamp manager Zhanna radiactivebaby. Scouting never stops!

In addition to Dota 2, Xakoda really fumbles for single-player games. For example, he spent 12 hours in the very conceptual horror card Inscryption (by the way, you can read a review of the game here), 170 hours in everyone’s favorite roguelike Darkest Dungeon, and the Steam profile hints non-exclusively that Lipartia is a fan of Dark Souls (and, obviously, space)!

The first match of Xakoda in the new line-up will be held on January 7 against Team Empire. Andrei Ghostik Kadyk’s roster has not won a single meeting this season, and therefore the pressure on the VP newcomer will be much less than it would be in a game against a conditional Team Spirit. However, the Lipartia team is still fighting for the right to get to the major, and therefore every match is especially valuable now. Will the young player be able to justify the team’s trust and save the first season of DPC for her, we will find out in just two rounds!