Steam account hacking is no surprise anymore. No matter how Valve tries to keep users safe, thousands of stolen skins are sold on third-party sites. And sometimes hackers steal huge sums, for example – $2 million from one account.

In June of this year, there was a high-profile case. Hackers robbed one of the richest collectors in CS:GO. We don’t know much about him, he hasn’t logged into his account for years, and the hackers took advantage of that. They stole his data, bypassed Steam Guard, untied his mail, and changed his password. Such a break-in happened for the first time, because before the double protection was always flipped.

Later it became known that the account was cracked because of Steam support mistakes. The hacker just managed to deceive her and pretend to be the real owner of the account and then gained access to it. For this reason, Steam Guard was not removed from the account. However, Valve acknowledged its mistake, which happens quite rarely, and soon began to fix the problem.

The exact contents of the inventory is unknown, because the account was always closed. But the collector definitely had at least 7 souvenir Dragon Lors and several extremely rare knives, some of them with the best pattern in the world.

And then – the classic scenario: the hackers sold all the skins at an undervalued price on third-party trading sites, including Russian- and Chinese-language ones. Naturally, ordinary users bought up the skins for a good price, and the attackers quickly withdrew the money to their wallets.

But in a few hours the CS:GO developers found out about it, thanks to some famous investors and skin traders’ tweets. Valve immediately cancelled all trades and returned the stolen skins to the owner’s account. The people who bought the items firstly lost them forever, and secondly, received a community ban: a ban on adding new friends and restricted access to trades and the official trading floor. 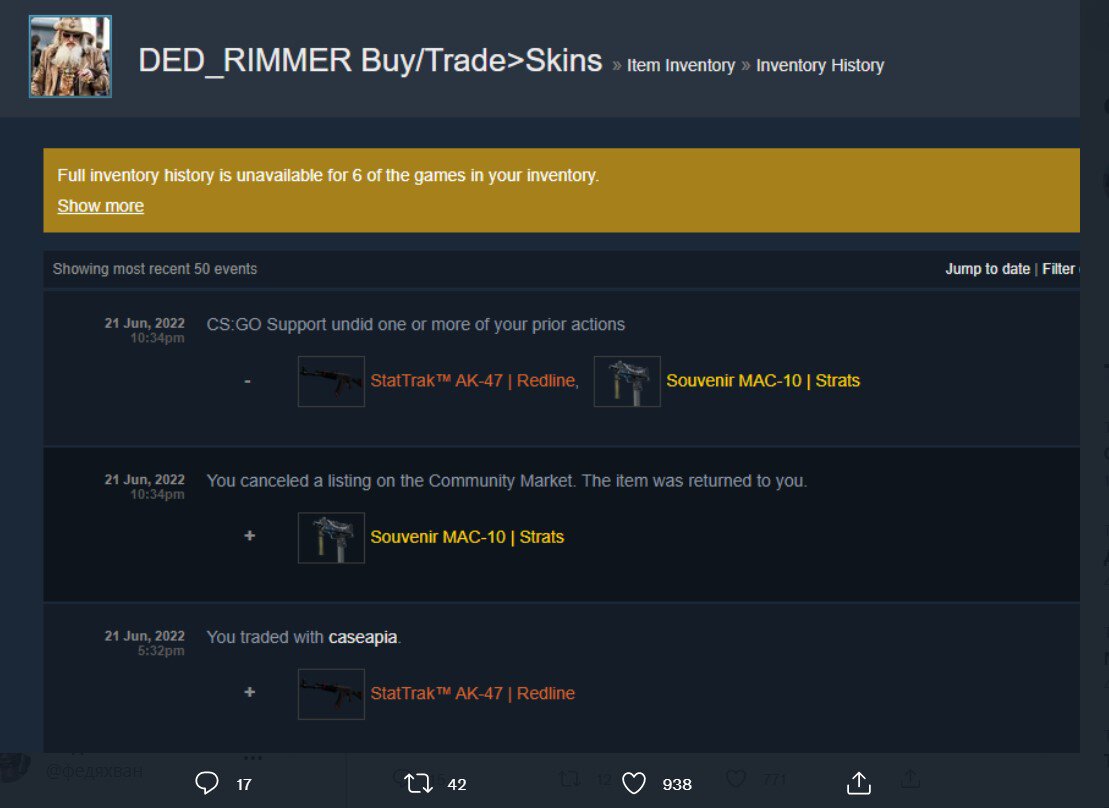 “The items have been removed from your inventory because they were obtained from an account that was hacked using Steam support. We will cancel the trades and remove the items from your account,” Steam support wrote to affected players.

As the trader Zipel wrote, some players spent up to $140,000 on skins. Valve, on the other hand, deprived them of that money in an instant, and also completely devalued players’ inventories after the lockout.

But all ended well that time: the collector returned his skins, all the popular trading platforms gave people money back from their budget, Valve eventually removed the blocking of accounts, and the hackers have earned good money. The only losers were trading floors.

*Try your hand at CSGO betting. On our site, reviews of the best CSGO bookmakers. 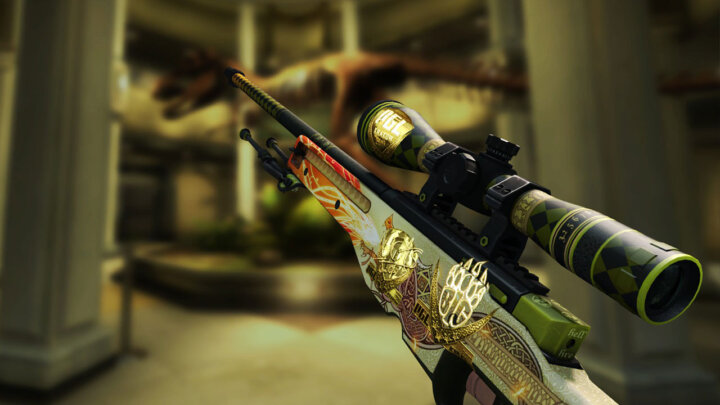