Season 2 of Apex Legends is here and with it comes the newest legend: Wattson. Wattson has a unique and interesting set of abilities specifically designed to shake up the current meta. It is important to understand the specifics of her complex abilities if you plan on picking up this powerful new legend.

Wattson is available to all Apex Legends players, whether you have the Battle Pass or not. It costs 750 Apex coins or 12,000 Legend tokens. If you have been playing fairly consistently, you should have more than enough Legend Tokens to buy Wattson. Remember, though, that only one of each character is allowed on a team, so you may not be able to play Wattson every round even if you buy her. That’s good though! Watching how other people play your character can and will make you better at the game. Here’s everything you need to know before you slide into the second season of Apex Legends with Wattson.

Wattson is the “Static Defender” of Apex and has a number of abilities that allow you to crouch down and defend a position as well as keep enemies away or take them wherever you want. Like other Legends, Wattson has a tactical ability, a passive ability and an ultimate ability. These abilities are called Perimeter Security, Spark of Genius and Interception Pylon respectively.

Perimeter Security is a four-charge active ability that allows Wattson to build custom electric fences. To do this, look at a point on the ground and press Q to place a node. Placing another node connects them together and creates an electric fence that damages and slows enemies, but not teammates. You can connect up to 4 nodes to create one long fence or create 2 separate fences.

When you place a node, a blue circle appears around it, indicating the area for your next node. You can place a node anywhere in this circle and the fence will automatically extend to the last node.

While viewing your placed node, you can press Q to extend the fence. This will display the blue circle radius and you can place another node that will be connected to your selected point. Alternatively, you can press E to pick up the node. This removes that section of fence and immediately refunds a charge to your perimeter security without waiting for the cool down. 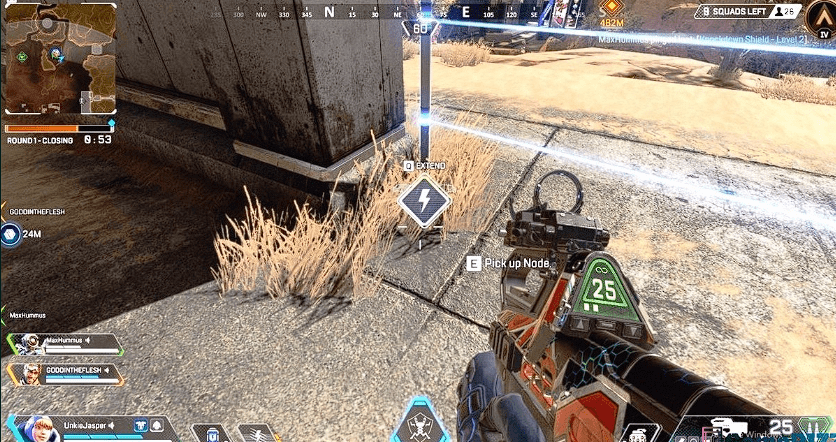 Wattson’s passive ability has 2 effects: The first is that Ultimate Accelerators fully charge their ultimate ability. This means that you no longer need to force feed all of your accelerators to Lifeline, as Wattson desperately needs the item as well.

The second effect of Spark of Genius is that your Perimeter Security Nodes charge much faster while you are near Interceptors, Wattson’s ultimate ability, so you can place and rearrange fences faster.

Wattson’s ultimate ability places an electrified pylon on the ground that, while active, destroys incoming ordinance and repairs damaged shields. This means your team near the pylon is safe from Gibraltar and Bangalore air strikes, as well as all three types of grenades. You also get tick healing for your shield as long as you are near the pylon. Wattson can build a maximum of 3 pylons at a time.

Wattson is designed to counter fast and aggressive characters like Wraith, Bangalore and Octane by creating obstacles that force your enemies to slow down and take less than ideal routes. Wattson is best played similarly to Caustic; by luring enemies into rooms and scenarios you have already created to be advantageous to your team.

This is not to say that Wattson cannot be reactionary: Once you start building fences, there are no limits to your creative shenanigans. Think about where you can put a fence that forces your enemy to go somewhere other than where they intended. Your friendly Wraith can drop a portal and you can build a square fence around the other side to disorientate enemies following you and force them to turn back. If a Pathfinder creates a zipline to push you from your height, drop a fence at the end of their rope to either keep them out or force them to pass the damaging and slowing barrier. The best thing you can do is drop fences everywhere and get creative.

Wattson is a character that requires preparation and planning. Coming full circle, you really need to think about where you want to be when the enemy finds you. Think defensively, find the areas where you can create chokes with your fences, and do your best to support your team with pylons. Experiment with fences that keep your enemy guessing and you’ll be an Apex Predator in no time. 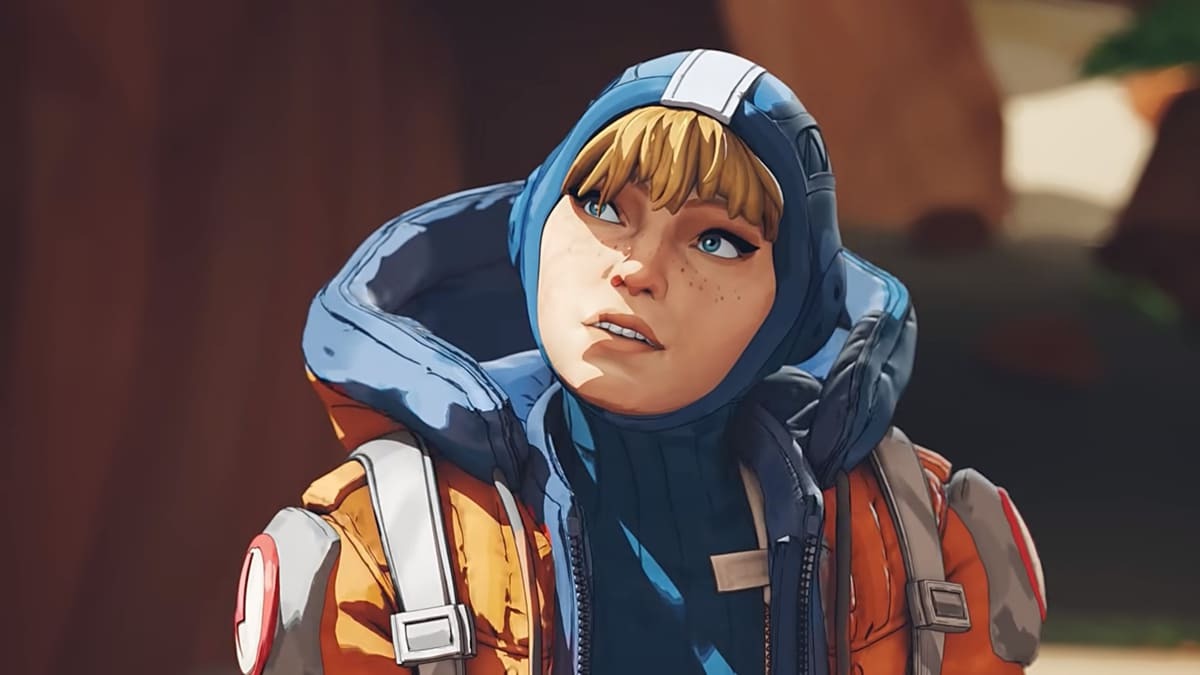